so woke up crazy early this am so decided to be productive & work on a personal project i've been thinkin about for a while...a photoshop-visual arts project surrounding 4 women. i have phase 1 down where i pick a few pics of each woman i want to profile. phase 2 will be next time i have free time to narrow it down to one pic each & figure out how they should be situated on a canvas.

anywho i say all this bc one of the women in my project is nina simone. in doing a google image search about her i came across cool calm pete's heart which has a nina sample- fyi artisits can NEVER go wrong w/ a nina simone sample! 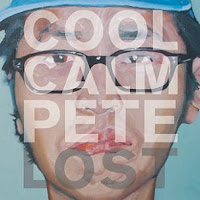 i'm extra late bc he's been around for a few years... but better late than never is what i say! i like his a lazy flow. he kinda sounds like eminem on some songs, but not as annoying. cool calm pete's myspace here
song o the day: cloudy (cool calm pete) there's a sample from another great song in here too. it sounds like that techno house that repeats "just breathe" can't think of the name of it though, oh well.
at 12:42 PM