so on halloween eve, i'm thinking about making the costume switch from tony the tiger to peggy bundy! while google imaging her i came across this hilarious ad campaign...

got pics thanks to glow marketing blog... an ad campaign from beaners
at 9:42 AM No comments:

Email ThisBlogThis!Share to TwitterShare to FacebookShare to Pinterest
Labels: beaners

friends were talking about this in the car so just watched it & am VERY impressed....

do YOU need chair pants??

veeeery clever ad to drink more milk from the BC Dairy Foundation. courtey of @creightonc
at 9:55 AM No comments:

sooo read this daily beast article and others about morehouse firming up there dress code. decided it was interesting enough to post on my fbook status saying i didn't agree and it was too strict.

just me or does it seem the status updates you don't think folks will comment on they write 50 million things and the stuff you write to spur discussion you don't get a peep?! things that make you go hmmmm
at 5:19 PM No comments:

Email ThisBlogThis!Share to TwitterShare to FacebookShare to Pinterest
Labels: morehouse

thanks to daily beast i learned french vogue did a spread of dutch supermodel Lara Stone in blackface (that's her to the left with her real skin color). apparently the 14-pg spread is supposed to celebrate her funny teeth & the fact that she's not super skinny (read another article that said she's a size 4...so she's not anorexic, but she's still pretty skinny)...wonder if in the hours of putting makeup on her to brown her up if anybody thought, jeez, we coulda just hired someone this color!...THE QUESTION REMAINS IS IT ART OR DISRESPECT?? i think the latter. especially since there are so many black models that are never even given a shot bc of their color, body, etc.

soooooo ready to go to sxsw this year!!! looking at this video makes me hype to see what it's really like in person....

Email ThisBlogThis!Share to TwitterShare to FacebookShare to Pinterest
Labels: sxsw 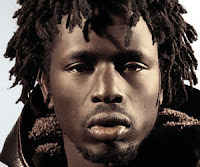 AGAIN my "new artists" are rarely new they're just new to me...went to see the screening of war child last night... SUPER GOOD movie. really open sup your eyes to what child soldiers go through.

the movie follows the life of emmanuel jal who's a super famous rap artists now. in the film he talks abotu his story & camera crews are there when he goes back to sudan for the 1st time. the thing that struck me is that he's aware he has some mental health issue bc he hasn't really vented about his situation & how strong his wit & sense of humor are. i guess when faced w/ unspeakable tragedy, you HAVE to have a sound mind.
anywho the name rang a bell for me bc he's liek a reoccuring voice on bbc's world have your say (my fav thing to do at 1pm...listen to it at my desk). anywho his story is amazing & his music is pretty good...i feel really shallow to admit it, but while watching the movie i was trying to figure out if he's cute or not (terrible i know)...
here's his official site for more info
like all artists here's his myspace page
...and the classic wikipedia page
at 10:32 PM 1 comment:

read the title. nuff said.... these girls are super athletic!...wonder if it'll ever be an olympic sport?

so in stlye black barbies & blackface

ummmmmmm so earlier this week heard on the radio that there were really "ghetto" (don't like that word) dolls barbie made w/ big lips & hoops so i made a mental note to look em up...just took the time to do it & yeaaaaaa....what's the issue??

neither here nor there that these dolls were created by an est. barbie designer, who happenes to be a black mom looking to do something for her daughter and lil girls in her community. but i REALLY don't see how these are offensive...and who gave em the name of "hip hop barbies"?? each s.i.s. has a well thought out back story & they come w/ politically correct barbie accessories (i.e. artsy stuff, cheerleading stuff, a friggin violin)

click here to go to barbies site for the new line

if you want to see offensive, let's speak on the australian show, hey hey's jackson jive skit?! i know it was a special reunion show, it was a half hearted tribute, the guys in black face were from diverse backgrounds, it was a satire & money went to charity, but come on! black face will never be funny to me...the dicussion on bbc today was if people take race too seriously & if we should lighten up and be able to poke fun at it. i REALLY feel like before we have more of a "sense of humor" about race, we need to understand and have a serious talk about race relations. we never talk about race UNTIL an incident pops up (i.e. "kramer" & the n word, skip gates beer gate).

note to self: find out what book was in the post a few weeks ago talkign about how white people race their kids to be colorblind to race, which isn't good bc it's kinda like a denial!

i end with this very serious piece on black people & white people:

(nope i don't smoke weed & this actually wasn't the skit i was lookin for but it'll do until i can find that 1)
at 9:51 PM No comments:

i saw this dress a few weeks ago in a women's health mag & think i want to wear it to 1 hu homecoming party...prob the only one i go to. go adidas!

Email ThisBlogThis!Share to TwitterShare to FacebookShare to Pinterest
Labels: adidas

pete wentz cuts it off! apparently his 1st tweet post show is i'm more aerodynamic :) ...wonder what ashley simpson thinks of the new do! 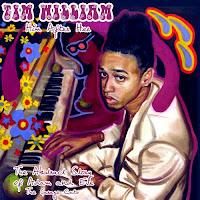 AGAIN courtesy of twitter's music monday i have a new artist i'll be watching...well he's not really new bc he's the keyboard guy from gym class heroes & kidz in the hall, but he's gone solo. as is the case with all artists here is his myspace page

here's the song i heard this am, "i wanna feel young"...mem likey the video bc of his pjs in the beginning & it contains dancers!
here's a great interview from format mag w him...in some repsonses he sounds liek he has an attitude, but i guess that's what sucks about text you set your own tone as you read it!...i love that he mentions chuck inglish (from cool kids).
at 10:22 PM No comments:

as it goes w/ life, i was on twitter & discovered something new (again)...a guy named big sean. i follow biggie's daughter & she mentioned him being cute on tv, so had to look him up. he's not very big in stature but that's besides the point. his voice isn't that strong but i like his matter-of-fact-oh, i'm-a-rapper-whatevs delivery in his single: getcha some the video is super cute too.

apparently was signed to g.o.o.d. music by 'ye in 2007 (WHERE have i been) don't feel like going through this kid's bio, so here's his wikipedia page. apparently he went to cass hs in detroit which is cool bc i know a few folks who went there. also here's his myspace.
think people put him in the same class as wale & drake bc he's new but i don't think he's that skillful yet...must listen to him more before i officially decide though.
lastly, here's his freestyle in kanye's tent in kanye's trailer at sxsw last year...btw i HAVE to go this year...btw i think that's cudi getting his hair cut, right?!...h & common & amber rose are in the mix too
at 9:41 PM No comments: