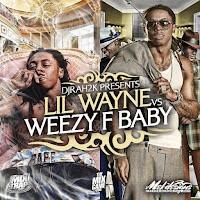 though it really doesn't have anything to do w/ my rant here, per my title, thought it'd be appropriate to add a pic of wayne (aka the love of my life)....
soooooooo i was literally drained from my am metro ride by the time i got to work. ( which is a shame b/c i actually woke up early to exercise so was perky when i left home). between off loaded trains & typical commuter attitudes & pushy people i've realized i need a door at work, so i can close, center myself & go to my happy place :)
also, as i was standing crunched between people i noticed the first row & a half was completed filled w/ dudes. which made me think about how folks complain boys are disrespectful and aren't gentlemen anymore... when i see men (of all races & ages) sitting down as an old lady stands, or pushing someone out of the way i wonder can we really blame our boys??
this brings me to my yesterday am metro ride, which also left me annoyed. 2 high school girls were on my train talking about last week in school & their weekend. apparently 1 of the girls sent some guy a message on myspace talking about how great he played (though the school's basketball team still lost), and how they didn't think some girls went to the school but they saw her in the halls one day & realized she did, etc. mind you they were sort of loud & did use some blasphemy (but nothing too over the top). when they got off the 2 ladies next to them shook their heads & scoffed, the guy next to me said "it's just too early for that". this gave 1 of the ladies fuel as she proceeded to talk about how "that was nothin, you should see how they are when they get off of school. they're like a wild pack and you never know if a fight is going to break out or what"!
this is very very very annoying to me b/c ageism isn't really discussed in terms of older people pigeon holding younger folks (especially adolescents). of course they have energy b/c they're young & just got out of school! if they didn't have energy parents would be trying to find out what wrong w/ them & taking them to behavioral doctors & prescribing medicine...and if they have "too much energy", well we all know what they get labeled as...
older adults always talk about respect this, respect that but they fail to give respect to kids (so why are they surprised when kids are disrespectful?) ok, maybe it's b/c i'm from a different generation so i take people as they are, no preconceived notions of how i think a certain group should act. or maybe it's because i volunteer w/ 2 different young adult groups so i recognize that kids have more than 1 dimension. either way it's still annoying to watch people tag our youth, but most importantly just shake their head & not do anything about it. what's the point of complaining about something if you're not going to do anything about it to improve the problem?me & holden caulfield can't be the only ones saving the babies (sorry corny catcher in the rye joke).
next time this happens (as i'm 500% sure it will), i'll probably have more energy & i will certainly have more energy & will definitely ask why so bitter towards youth...actually can't wait to ask that to someone & challenge every point they make. just have to try to do it w/o changing the tone of my voice so the person won't think i'm being disrespectful- though i'm not ashamed to say i am disrespectful at time :)
song o the day: an awesome arabic song ...this song rocks, but i have no idea what it's aboot. usually don't like guys w/ long hair but the video guy is cute.
at 10:03 AM

Email ThisBlogThis!Share to TwitterShare to FacebookShare to Pinterest
Labels: ageism, catcher in the rye, metro, youths