so finally went to a dc defenestrators event!! (part of the capitol improv group)
talked smoe into going (he thought we were gonna get arrested) and we were off... 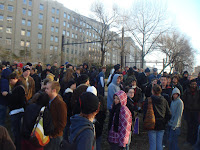 good turn out at pre-meeting. talked to one of the organizers and he said over 2,000 rsvp'd 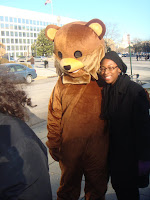 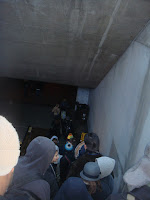 next we split into birth months to form groups then we were off. december only had like 6 people so i thought i'd do them a favor & join smoe's bday month 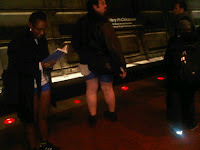 me pretending to read smoe's book. to the r is the (december) guide

me super happy to be w/o pants in metro! quite a liberating experience 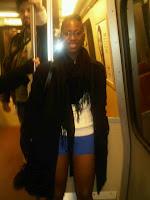 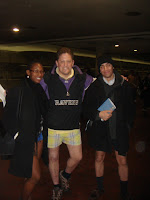 a nudist we met who was REALLY hype to see so many folks come out w/ no pants. he handed out flyers for his events & kinda kept following us


smoe & i came...we saw....we de-pants :) only awkward part was when a (probably drunk) father yelled at our group "have you no shame? there are kids around here!" then proceed to yell at smoe: "you're not smart, just bc you're reading a book. you're not wearing pants so you're ignorant!" 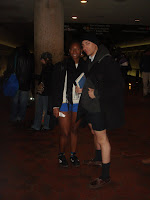