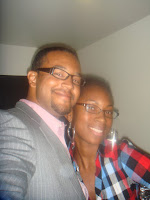 brent & i in the "green room" after he & his lb's appearance on wedlock or deadlock! came straight from lax to the ktla studio, didn't know i'd be in the front row of the audience, or else i wouldn't 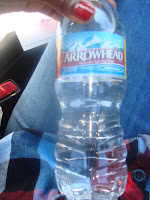 have looked so busted!


while perusing in the mall, we saw a tooth following a kid around...ofcourse i had to check it out to make sure the kid wasn't in anger w/ the toothfairy (i'm so corny)...turns out the kid's dad is a dentist, so he was passing out flyers in the mall for his daddy! 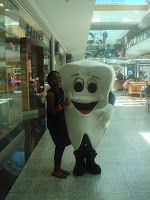 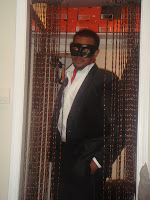 brent looking super cool in outfit #1 for his masquerade party... 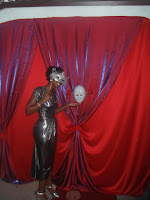 my outfit, brent called this my phylis hymen dress! i like it bc it was a lil 80s & a lot shiny! the side fell twice, but no one told me they saw nipple, so i'm assuming no one (thankfully) was paying attention 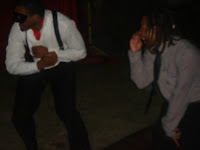 brent breaking it down & doing the jerk (smoe & i just spent 30mins doing an impromptu tutorial to teach ourselves the dance). so glad i ran into lebrese (other guy in pic) at the party, another hu alum. 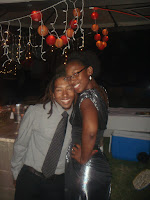 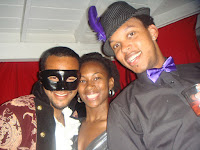 Email ThisBlogThis!Share to TwitterShare to FacebookShare to Pinterest
Labels: LA, wedlock or deadlock