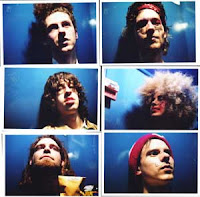 forgot i wanted to download the juno soundtrack a looooong time ago...finally took a min to do it. while looking to see which song were on it came to a wikipedia page where it explained how the director of the movie asked the lead actress what type of music juno would listen to. she said moldy peaches. i knew of kimya dawson but didn't know she started out in a band. 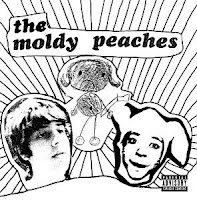 according to their wikipedia page they're clasified as indie, but i like my term for them: folksy punkish (which wouldn't make since bc i keep reading they were a part of an "anti folk" movement). not sure what classifies folk, but to me it's something heavy with (acoustic) guitar, slow and story telling- which half of their songs are...whatever you call em they're great and i'm glad i found a new group :)
here's their super cute band site: http://www.moldypeaches.com/
at 8:46 AM