watchin debate... gwen ifill is doin a great job! i was volunteering at an event where i got to say "hi" in passing and she seemed like a really sweet lady b/c she brought her mom... that color looks good on her too :)

oh, the folks on stage?? yea so palin's doin better than i expected... biden's debate prep is paying off as his answers are under 30min! random, but did he get botox? why do his eyes/area around his eyes look like that??

ok back to twitter, gotta see what hilarious tweets are there... 2 best tweets i've seen:
- "palin's tan looks great"
- "joe biden's sighs make me want to have relations"
- "there's a lot of mentally ill people right now that think Palin just communicated to them via a series of winks & smiles"

i'd love to have an alarm w/ soundbites from this debate... no no not of the back & forth, but just of biden's deep sighs into the mic! yea i think that'll creep me out & force me to wake up... palin is doing better than i thought she would but she's not answering any questions!! where's the beef (in which case i mean substance & such)... lastly who is the "folksy" language targeting? is it work for those target populations??
on to the real event of the nite... makin sushi! no not picking it up from wasabi, but yes, yes making it from scratch: 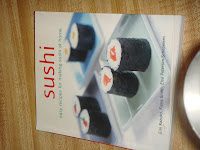 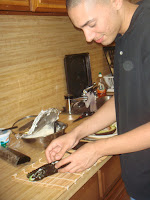 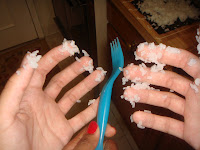 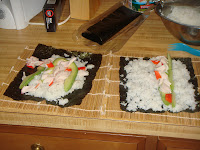 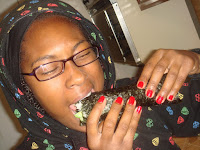 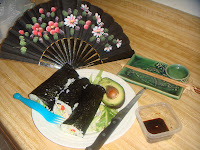 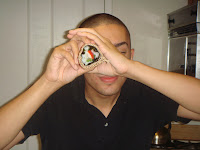